NATO’s “Stay Behind” is suspected to have been involved in murders and terror attacks in a number pf European countries during the Cold War.

In Belgium, an ex-gendarme has recently been arrested on suspicion of hiding evidence regarding the Brabant killings, which took place in the 1980s.

In Germany 2014, the Octoberfest bombing case was reopened. One year before, the German historian Andreas Kramer testified that his father had as a “Gladio/Stay Behind” officer been involved in the bombing in 1980 (link to German article).

Since 1945, the word Holocaust has been used for the genocide of millions of European Jews, as well as members of some other persecuted groups, by the German Nazi regime during World War II. A book by Ruta Vanagaite and Efraim Zuroff about the Holocaust in Lithuania has recently been translated to Swedish. An article in Swedish explains why 27,000 copies of the original book are being destroyed. This is a translation of part of the article:

The Holocaust in Lithuania distinguished itself in several ways. In no other country (with a larger Jewish population) in the Europe occupied by Hitler, such a large proportion of the Jewish inhabitants were exterminated.

Of the 220,000 Jews that existed before the war, 96 percent were killed. Only 8,000 survived. The participation of the indigenous people in the Holocaust was unique in its scope, as about 20,000 Lithuanians participated in some form. In addition, the Lithuanians took an active part in the extermination of the Jews also in Belarus.

The country has not seriously dealt with its past. War criminals are still hailed today as heroes and streets and squares are named after people who participated in the murdering.

Since Ruta Vanagaite released the book Mūsiškiai or “Our People” in Lithuania a few years ago, she has continued to dig in history. But the authorities in Lithuania and the public opinion have proved extremely sensitive to her research.

In many countries, it is difficult to speak out about government-related crime and abuse of power. In Russia it is getting even more difficult. RT writes regarding the new legislation that there will only be “mild” measures againt violators, such as up to 15 days in jail for insulting the state and authorities!

Read the recent article in The Intercept

When Glenn Greenwald examins the media failures on the Trump/Russia story, he finds that

all of these “errors” go only in one direction: namely, exaggerating the grave threat posed by Moscow and the Trump circle’s connection to it. It’s inevitable that media outlets will make mistakes on complex stories. If that’s being done in good faith, one would expect the errors would be roughly 50/50 in terms of the agenda served by the false stories. That is most definitely not the case here. Just as was true in 2002 and 2003, when the media clearly wanted to exaggerate the threat posed by Saddam Hussein and thus all of its “errors” went in that direction, virtually all of its major “errors” in this story are devoted to the same agenda and script

Meanwhile, the English translation Journalists for Hire: How the CIA Buys the News of Udo Ulfkotte’s German bestseller is extremely difficult to buy. Today, only a few used books are available on Amazon, at a price from 691 USD!

After careful review, the conclusion by Joseph Majerle III published ealier this week is:

I think one of the mercenary aircraft, operating around Ndola on that night, fired a tracer bullet into the fuel tanks of the Hammarskjöld plane, causing the left wing to catch on fire. Fearing that the left wing would fold up into the fuselage of the plane, the pilots did the only thing that was available to them: to configure the plane for a controlled (so to speak) crash landing in the short amount of time available to them. That action explains the 30 degrees of flaps setting on impact (nine miles out from the Ndola runway!), the relative slow speed at impact (they were just above the stall speed), and the compact crash site (not consistent with CFIT). The pilots had no choice but to put the plane “on the ground…now!” and that they did, skillfully, in my mind.

Had they succeeded and been able to tell their own story at the inquests, we would now have a clearer picture of what happened on that fatal approach. Because the crew was killed on impact or in the subsequent fires, it was left to colonial administrators—in places such as Northern Rhodesia—to whitewash the crash scene and to blame the pilots, who along with Hammarskjöld and his team were also the victims. Exonerating the pilots would go a long way in correcting an injustice that has lingered since 1961.

And today it is in the news that a Belgian mercenary who was a former Royal Air Force pilot confessed to having shot down Hammarskjöld’s plane.

Against the rules, Germany has during many years made arms deals with Israel. In a recent article about a new submarine, The Times of Israel writes:

Israel’s submarines are seen as a key strategic asset for the Jewish state. According to foreign reports, the vessels are able to carry nuclear missiles and grant Israel a “second strike” capability, meaning the ability to launch atomic weapons even if the homeland is attacked.

Note the wording “According to foreign reports” in the above.

A six-part article in Spiegel Online has explaind more on this subject, including the censorship that applies in Israel.

In another article, The real German submarine scandal, Victor Gilinsky wrote in 2017:

Israel is absorbed with a “submarine scandal” that centers on improprieties in the award of a billion-dollar contract under which Israel would acquire three new advanced German submarines. (Germany has already delivered five of the subs, on a previous contract for six.) It came to light that the prime minister’s personal lawyer was on the payroll of the submarine builder, ThyssenKrupp. Then it turned out that Iran, which figures heavily in the motive for getting the submarines, owns 4.5 percent of ThyssenKrupp and so would gain a profit from their sale. On top of that, there is a Lebanese connection to the German builder, too. But the real scandal is that Germany supplies the submarines at all, and does so through a loophole in the Non-Proliferation Treaty (NPT).

The develpment of nuclear weapons in Israel has during many years been hidden from the Israeli people and parliament. Read about the kidnapping and imprisonment of whistleblower Mordechai Vanunu.

Stephen Lendman and CovertAction Magazine remember William Blum, who passed away on December 9 at age 85. One of the famous quotes by Blum is:

No matter how paranoid or conspiracy-minded you are, what the government is actually doing is worse than you imagine. 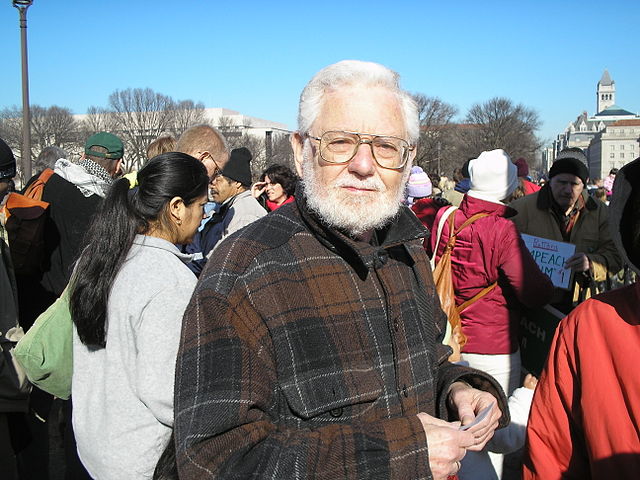 The murder of Jamal Khashoggi at the Saudi consulate in Istanbul has been making headlines over the world since October. It makes you wonder what is really behind this, because so many countries have earlier let Saudi Arabia get away with anything – including torture to death and the war in Yemen. Many countries are apparently still doing business as usual with Saudi Arabia. Russia has even attempted to capitalise on the strain the scandal has put on the relationship between Riyadh and western powers and now signals support for the Saudi crown prince Mohammad bin Salman.