The Intercept reports about a new step in censorship:

One of the websites that was seized, LuaLua TV, is a Bahraini opposition channel founded by exiles in London fleeing their country’s post-2011 crackdown. Bahrain’s government — which is engaged in a campaign of torture and repression against peaceful dissidents — has long attempted to censor LuaLua TV for its critical coverage.

The station said in a statement that the censorship “represents a confiscation of press freedom, a prosecution of opinion, and an assassination of free speech.”

However, at least some of these websites are still available on other domain names.

Will Swedish police and prosecutor do their job properly this time? Read about it in Swedish.

About thirty years ago, the Italian judges Giovanni Falcone and Paolo Borsellino were active in their work against the mafia. In 1992, they were both murdered with hidden bombs, which also killed several others including Falcone’s wife Francesca Morvillo. Now we are reminded of this, because an involved former leader of a Sicilian Mafia group was released from prison.

Less know are the suspicions that members of the Italian secret services were involved with the mafia in the murders of Falcone and Borsellino or were even the true culprits of all. There have actually been many connections between mafia and government, not only in Italy. For example, during World War II, the United States made a secret pact with the Italian mafia. After the war, the CIA is reported to have continued the relation with mafia. Thus, there could be many, who don’t want the whole truth to be revealed.

The legal battle against the Italian mafia, with links to white-collar accountants, politicians and government employees, is still ongoing.

One of the famous quotes by Falcone is:

He who is silent and bows his head dies every time he does so. He who speaks aloud and walks with his head held high dies only once. 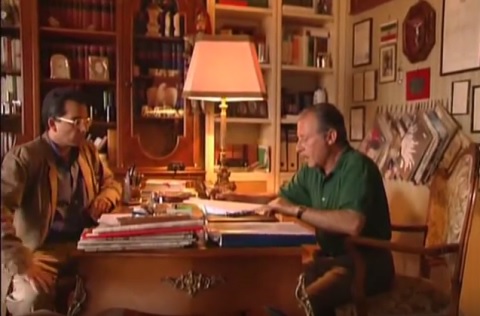