A cross-party group in the UK is building support for an attempted prosecution of the former Prime Minister over the Iraq war. Read more in Dissident Voice and The Guardian. This is not the first attempt to prosecute Blair, as shown by a press release from 2003. There is even an award for his arrest.

The photo below is from a meeting between Blair and Bush at the White House in 2003. 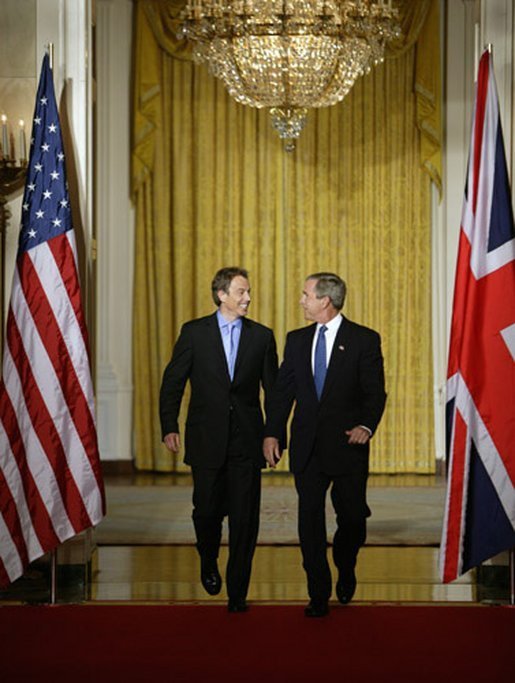