The USS Cole case judge Wednesday found the Marine general in charge of war court defense teams guilty of contempt for refusing to follow the judge’s orders and sentenced him to 21 days confinement and to pay a $1,000 fine.

Apparently the military judge wants the three defence attorneys be forced to participate in show trials to “provide unethical legal services to keep the façade of justice”, as one of them puts it in the Miami Herald.

Earlier, the governments of Iran and Sudan have been found liable. A few defendants have also been convicted in Yemen, but all of them escaped or were freed, according to an article by Kevin Ryan published 2012 in the Foreign Policy Journal: The USS Cole: Twelve years later, no justice or understanding. Perhaps the title of that article is the most accurate summary, now seventeen years after the bombing of USS Cole. 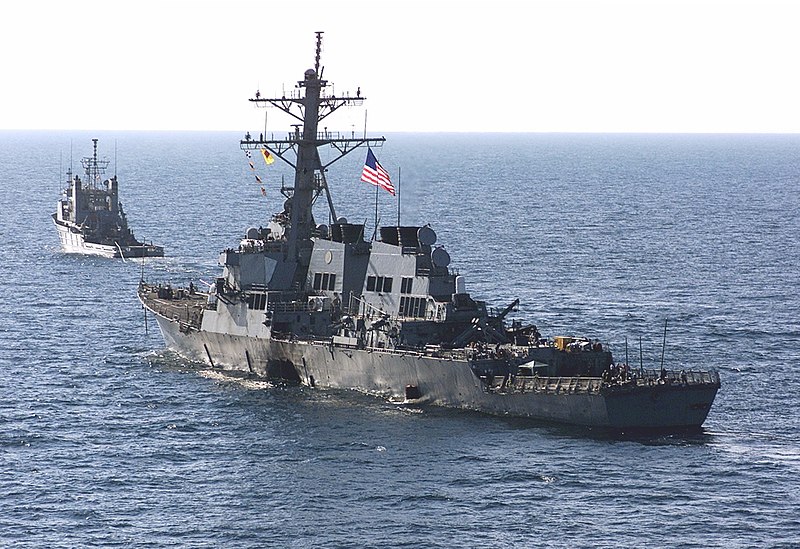 The photo shows the USS Cole towed away from the port city of Aden, Yemen, into open sea, after the bombing that killed 17 crew members and injured 39 others on 12 October 2000. Photo source: Wikipedia, Sgt. Don L. Maes.